There aren't many players left now who've gone from street football to superstardom, and I'm proud that I did it

They are the last of their kind: the last generation not to become professional league footballers straight from academies. For them, it all began on what the Germans call Bolzplätze – recreation grounds and makeshift pitches with rules of their own, and no place for the faint-hearted. Stars-to-be such as Kevin-Prince Boateng, Robin Gosens, Vincenzo Grifo, Nadiem Amiri and Klaus Gjasula spent every minute they could playing here. All faced plenty of blows and setbacks on their way to the top. In the RTL+ documentary Bolzplatzkönige – Mein Weg zum Profi (Bolzplatz Kings – How I Became a Professional Footballer), producer and concept developer We Are Era gives viewers exclusive insights into the distinctive subculture of street football. These very special players and others who paved the way for them, including Julian Nagelsmann and Kevin-Prince's brother George, recall the sacrifices the footballers had to make to hit the big time. 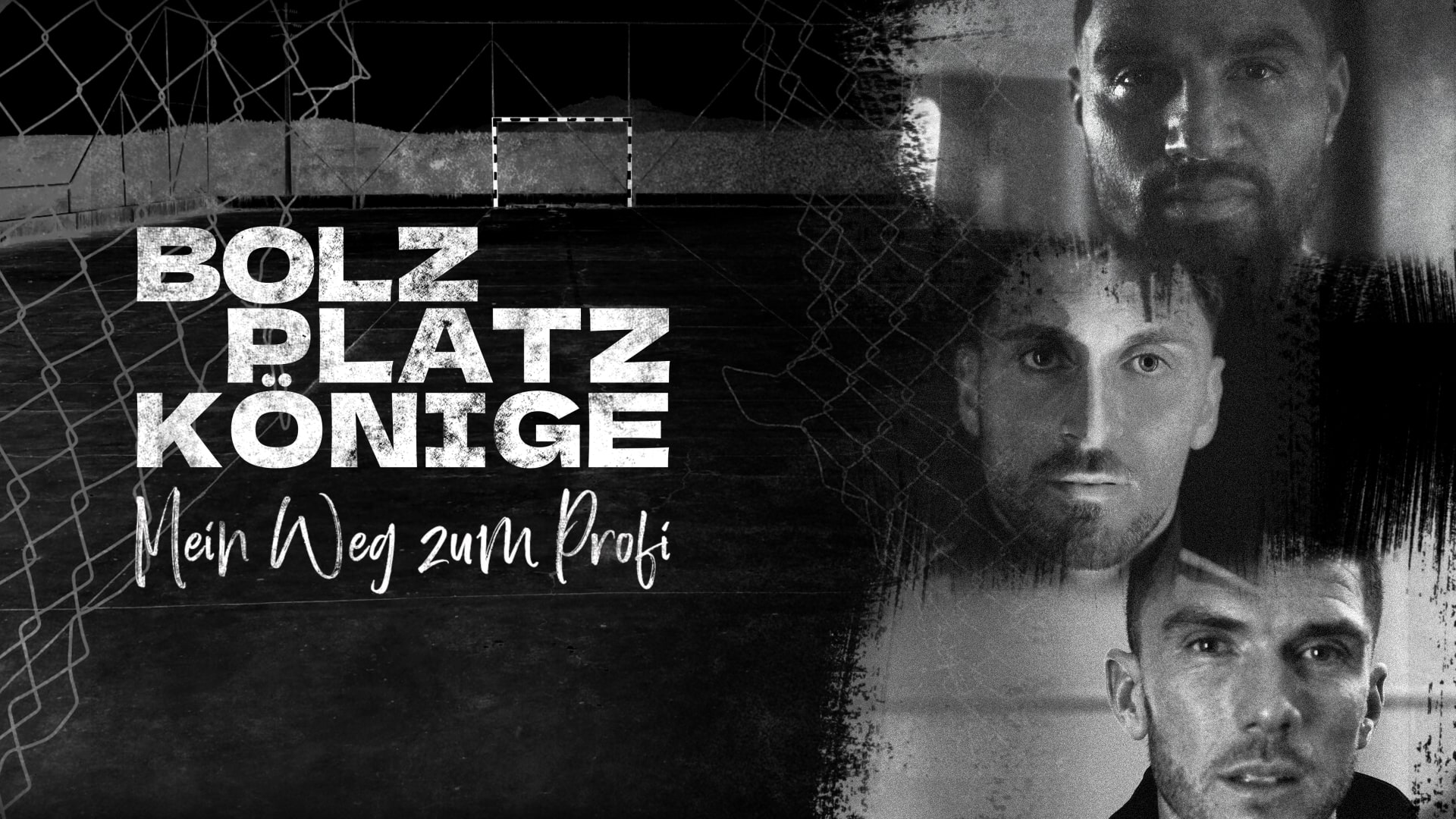 The 90-minute documentary tells the stories of several high-profile German footballers. What unites these players, whose characters could not be more different, is how their footballing careers began and the values they share. Whether it's playing rough-and-tumble cage football in inner-city Berlin or kicking a ball about in a village in North Rhine-Westphalia, the documentary takes us behind the scenes and into the private world of the 'Bolzplatz kings', highlighting both the similarities and the differences in their stories.

"No matter how talented you are, if you don't work hard, you don't stand a chance," explains Kevin-Prince Boateng,who worked his way up from a cage pitch in Berlin to playing for AC Milan and Barcelona. "There are lots of times when you look back and remember what you learned in the cage. There aren't many players left now who've gone from street football to superstardom, and I'm proud that I did it," says Boateng, who is currently under contract with Berlin football club Hertha BSC.

Featured alongside Boateng is the story of footballing ace and German player Robin Gosens, who just a few years ago barely dreamt of playing professional football but is now one of the brightest prospects in the German game. Gosens is a down-to-earth, rough-and-ready player who achieved success despite never attending a youth academy.

"Rather than focusing on a single player or club, in the documentary we profile a particular type of player. They are a dying breed and yet they're so important – for us as fans and for creating passion within teams. Street footballers and 'Bolzplatz heroes' are guys who are rough around the edges," says We Are Era producer Floris Asche.

The documentary, produced by We Are Era in partnership with Vertical Social Club, explores the setbacks, sweat and endurance it takes to make it to the Champions League or the German national team. Other names to be featured include Vincenzo Grifo, who plays in the Bundesliga and the Italian national side, German star Nadiem Amiri, and Klaus Gjasula of the Albanian national team. Alongside the players themselves, a host of experts, trailblazers, friends and family members also have their say, including Bayern Munich head coach and former player Julian Nagelsmann, author and podcaster Lucas Vogelsang, rapper and footballer George Boateng, former Hertha trainer Pál Dárdai, editor-in-chief of football magazine 11Freunde Philipp Köster, and trainer Christian Streich.

We Are Era is responsible for the concept,design, editing and production, in partnership with Vertical Social Club. The documentary is directed by Jermain Raffington.

"On the field it doesn't matter how old or rich you are or how well you did at school.It's all about ambition and passion for the sport, and also being tough and self-disciplined. The 'Bolzplatz kings' are the boys next door who are inspiring today's youngsters to chase each other around a field until nightfall. That's what our documentary is mainly about and that's why it will appeal not only to football fans, but also to anyone who can identify with competitive spirit, passion or even just urban culture. The platforms and sociography are secondary. What really matters is the sense of shared motivation, and nowhere is that more apparent than in sport," explains We Are Era's CEO Tobias Schiwek.

A feature-length sports documentary is the logical next step for We Are Era, following numerous projects on the social web. The company has previously created and produced a range of output for clients including the German Football Association (DFB), sports magazine kicker, ZDF sportstudio, Adidas, Puma and the Dutch football association KNVB, which now has the second most-followed football account on TikTok thanks to We Are Era.