Successful relaunch: 400 creators, 16 award winners and an audience of millions at VideoDays Festival in Cologne

We Are Era appoints Emanuele Martinengo as Managing Director Italy

What happens when orchestral music meets epic rap battles? That’s what Divimove found out in a pro-bono production for the Metropole Orchestra in efforts to support local culture in times of COVID-19 while activating young audiences. In the spotlight of this first of its kind production was a rap battle between Daft Punk and the Blues Brothers, performed in a live concert by the Netherland’s famous orchestra and Deze Plek.

In times of limited cultural opportunities, institutions like Netherland’s famous Metropole Orchestra have to look for alternative ways to engage with audiences and attract new target groups to its virtual concerts. Divimove designed a creative concept and connected MO with one of the most creative YouTube channels in the Netherlands – Deze Plek. On the YouTube channel of Deze Plek, famous characters from the world of movies, games and music compete against each other in a rap battle, often played by influencers. Popular battles include those with superheroes Thor vs Wonder woman, football icons Mbappé vs Haaland and a video in which Among Us characters competed against each other. The rap battles on the channel have already been viewed more than 10 million times.

“We have been in good contact with Divimove for some time because they know better than anyone how to stand out with video content. For this project they acted as a matchmaker between the orchestra and Deze Plek. Despite the fact that we don't play concerts for a live audience now, we do want to stay active. Then you say "yes" when you are asked for a fun project that also reaches a new target group. The result is a battle, but in our opinion it is mainly a fusion of pop music and pop culture”, explains Chiel de Leuws, Head of Marketing at MO. 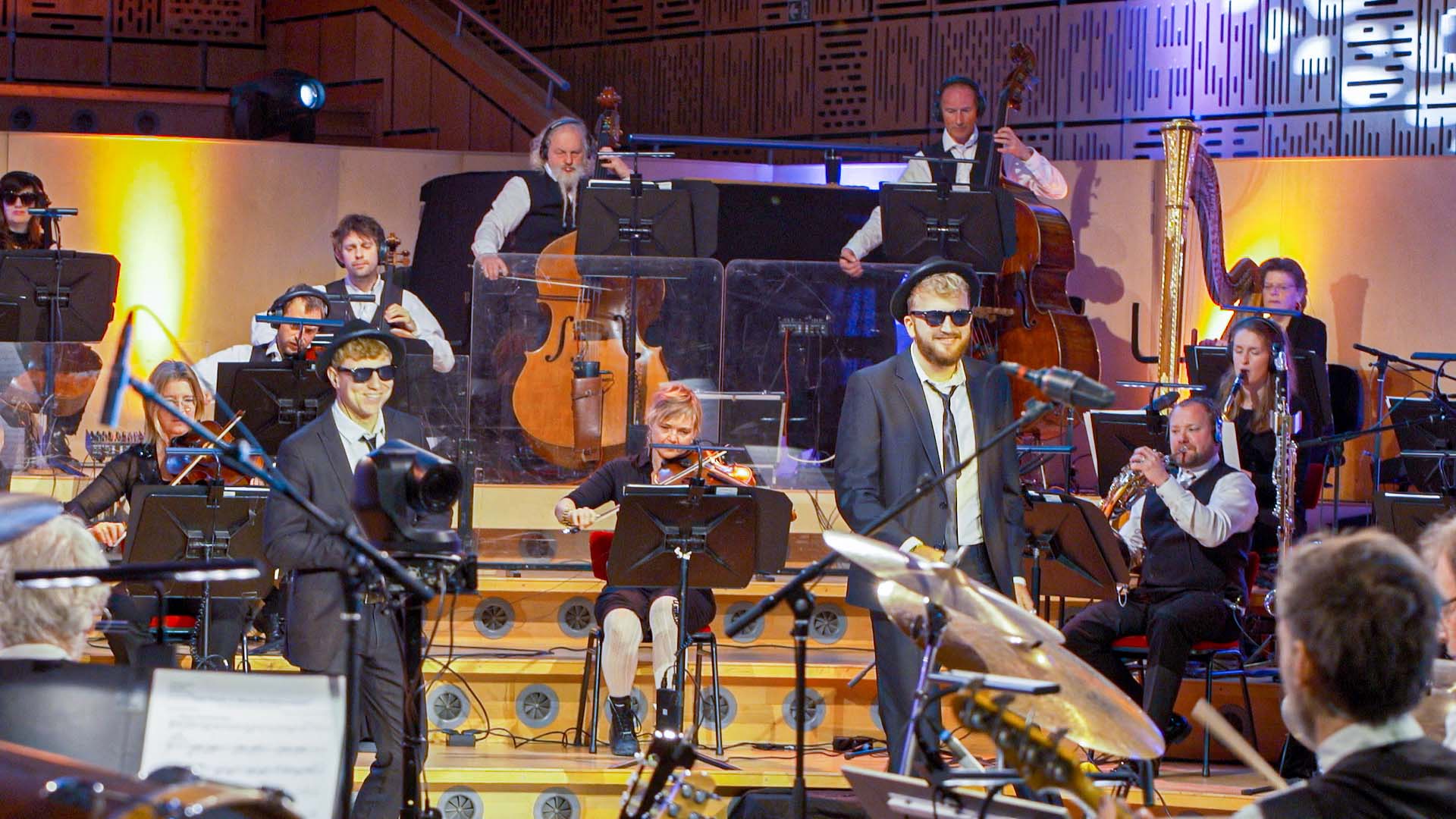 Mike Hoorman, responsible for the production of the content on Deze Plek, was immediately enthusiastic when Divimove proposed the collaboration. “Normally we record the videos with the characters in Divimove’s green screen studio. To suddenly be able to stand live between such an impressive orchestra and in this way bring together the world of digital natives with that of the Metropole Orchestra was really cool!” Social influencers Timo Miedema and Lars Peterzon joined the battle with the orchestra in their role as the Blues Brothers, competing against DJ Duo Daft Punk, played by Mike.

The Amsterdam-based Divimove team is responsible for the concept, idea, influencer cast and production of the pro-bono project.